Apple, the most valuable company in the world, has for the first time invited a Turkish student to WWDC, its developmental event held in San Francisco in mid-June. 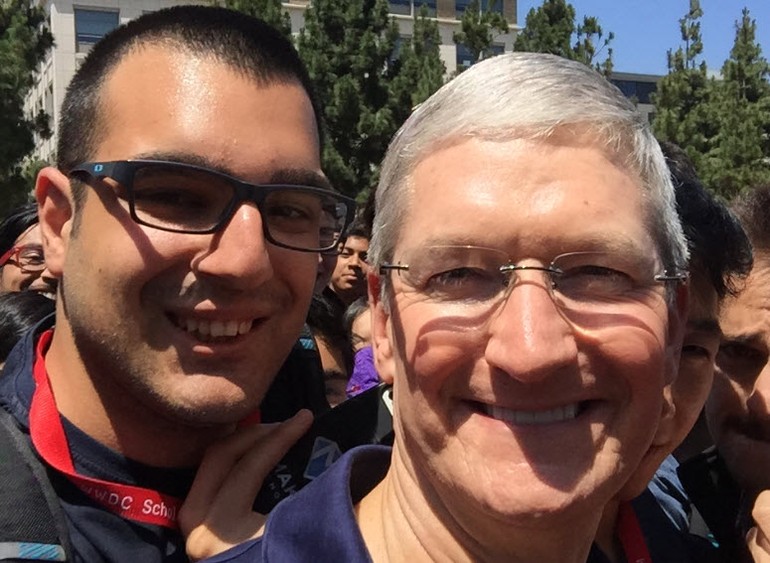 Emirhan Erdoğan... He is only 20 years old and is studying software engineering in Bahçeşehir University. He’s been working on programming and coding since high school. Erdoğan is particularly developing an application for Apple’s iOS platform and during his high school years has developed a calculator application called Calc Fun for iOS.

Let’s hear the rest from Erdoğan: "In my senior year in high school I started my biggest project to that day. I set out with the goal to create a platform where people can ask and answer questions to each other during YGS and LYS, and I converted all my energy to this application putting my YGS studies aside. After serious efforts, 3 of my friends joined me but due to lack of coordination we could not finish it off."

Erdoğan founded the iOS application development club in his high school and already has three students. He participated in a competition organized in Holland by one of the top banks with 2 projects in behalf of that bank. Competing with more than 1800 projects, Virtual Market Place project ranked among the top 30 and Capture&Buy project among the top 8, making it to the finals.

Erdoğan later has been selected to join in Apple’s largest annual developmental conference, WWDC, as one of the 350 students among 4000, and states that his biggest goal is to work for Apple one day.

Erdoğan has recommendations to give to fellow students wishing to take this road: “People need to work where they are happy. To achieve this, they need different friendships, schools, environments, education programs and more. I measure my success with my happiness. It the world I’m in does not thrill me for tomorrow, I leave it off. Software I believe is the easiest tool to learn and apply. If playing a game is good, making the game is excellent!"