The biological wastewater treatment pipe technology, Biopipe, developed by Bahçeşehir University, Department of Environmental Engineering graduate Enes Kutluca, will be offered for sale in the Africa and Asia continents through a technology licensing and joint venture agreement signed with Metito, where Japan’s Mitsubishi is a shareholder. 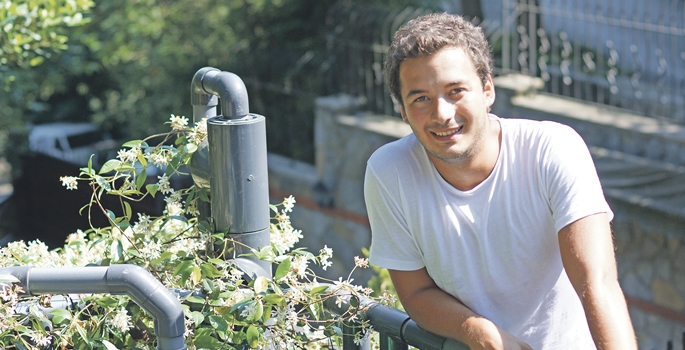 Enes Kutluca asked himself the question, “How can each household treat and reuse its own wastewater?” when he was only a sophomore student at the Bahçeşehir University, Department of Environmental Engineering. The solution he wanted to generate had to be a world-first, as well as being sustainable and cost-efficient.

Enes Kutluca worked in his garage for one year before he finally developed the world’s first wastewater treatment pipe, BIOPIPE, and obtained its patent.

Along with the contribution that came from significant project installations in Turkey in the past two years, Biopipe has attracted the attention of world giants.

Both founding partners rationalize their success with having a clear vision and state their goal saying, “By combining innovation and enthusiasm, we are hoping to witness a clean world – where each household treats its own wastewater.”

The joint venture agreement signed with Metito – where Japan’s Mitsubishi is the main shareholder, is a considerable step towards this goal. Through this agreement, Biopipe will be offered for sale in the Africa and Asia continents. The smart water management solutions producer Metito, operates in the design, construction, chemicals and public services domains. Biopipe anticipates to increase its sales volume within 3 years through the Technology Licensing and Joint Venture agreement signed with Metito. Moreover, once the Biopipe technology becomes an alternative for conventional systems, capturing extra sales volume on top of the conventional sales volume dominated by Metito is also among

Biopipe is a revolutionary treatment system inspired by nature. The reason it’s considered to be groundbreaking is due to the fact that wastewater treatment takes place in biological pipes. The entire treatment process is completed within the pipes and clean water, appropriate for use even in organic farming, is obtained without sludge production.

Besides being a technology developed entirely in Turkey, another feature of Biopipe is that, it has been internationally patented and offered for utilization across the world.

Biopipe, which can cost-efficiently be installed in every household, aims to offer an alternative to high-cost sewage system installations or large-scale wastewater treatment facility constructions.